The 2017 season concentrated on the full exposure of the synagogue that had been discovered and partly excavated during the 2016 season. Another aim of the current season was to identify remnants of structures that had been detected to the west of the synagogue by a GPR survey during the 2016 season (Fig. 1). One of the season’s achievements is the reconstruction of the whole plan of the Jewish synagogue dating to the first–second centuries CE. Another achievement was the identification of architectural features that predate the Iron Age IIC building complex at the northwestern side of the higher mound, and rock-cut installations that predated the synagogue and should possibly be related to the Iron Age. 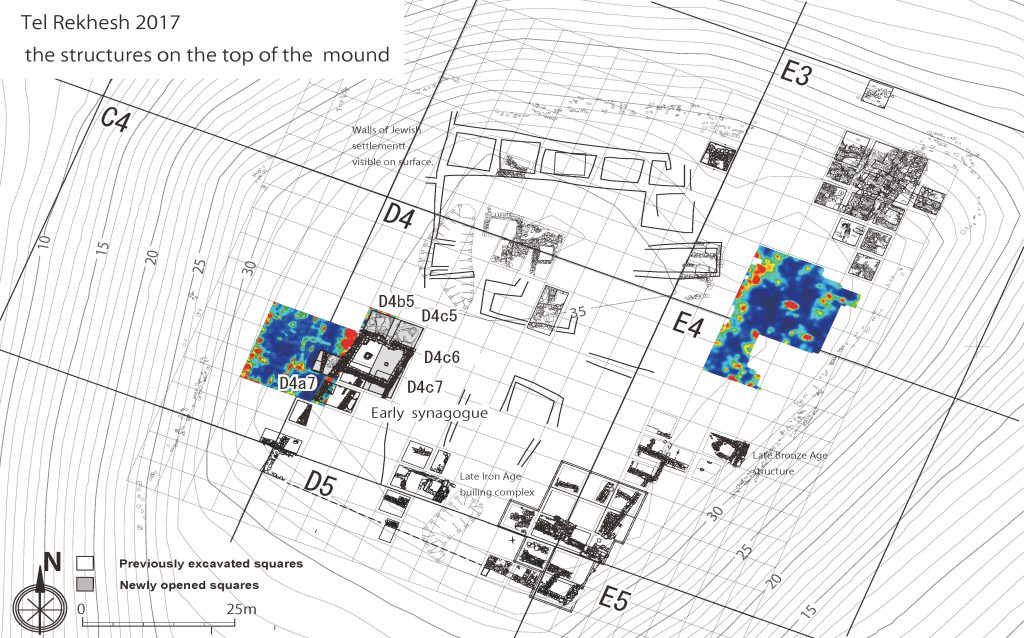