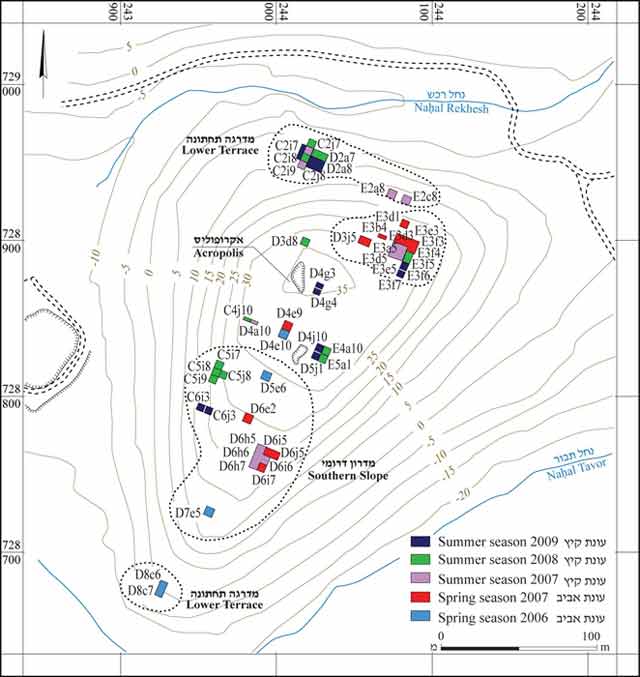 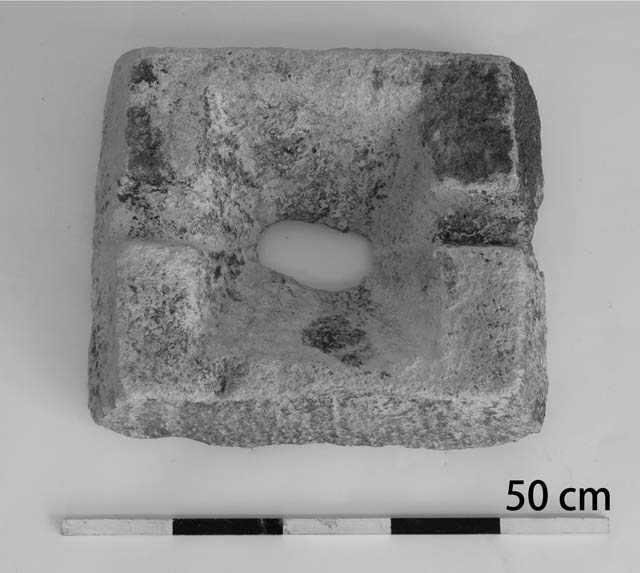 2. Olynthian millstone from the Roman period. 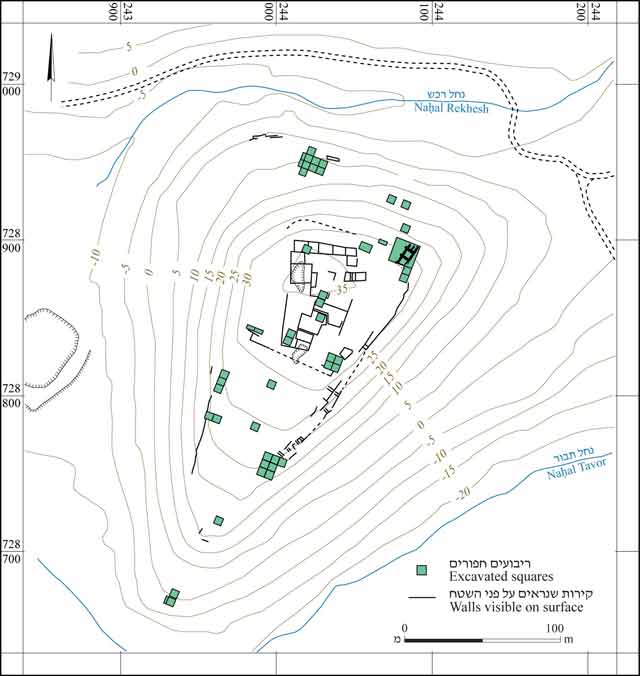 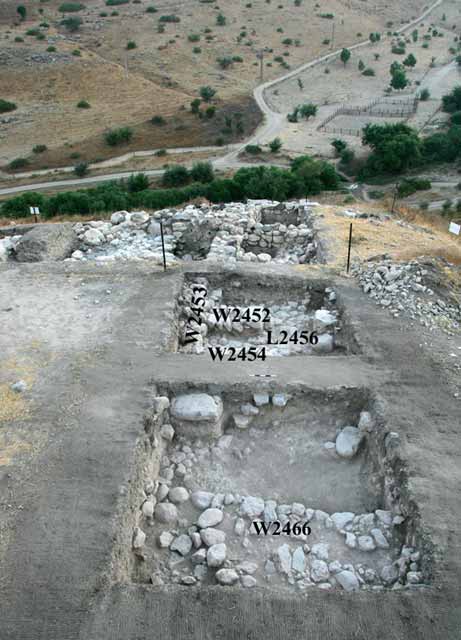 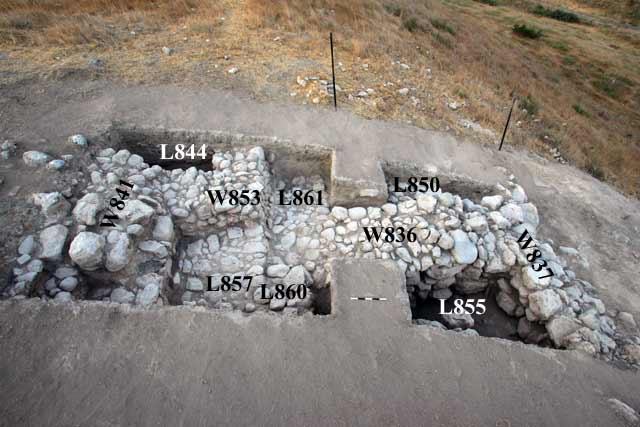 5. The segment of the western defense wall, looking southwest. 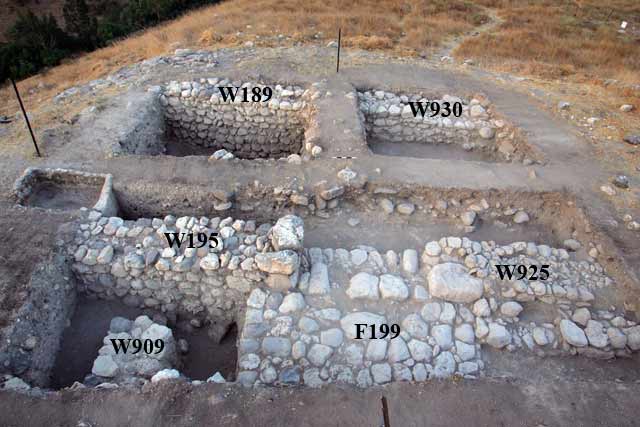 6. An entrance way in the late Iron citadel, looking southwest. 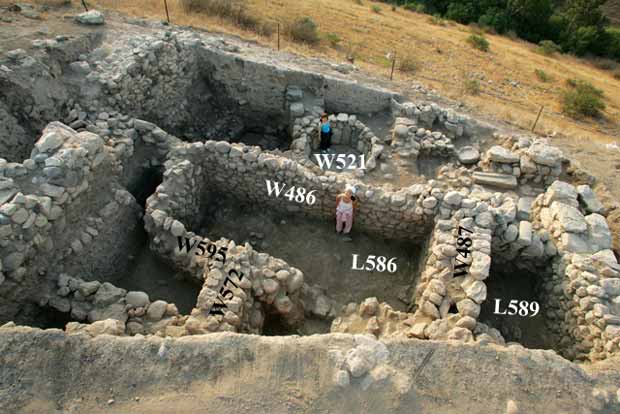 7. Area D6, the western rooms in the building, looking east. 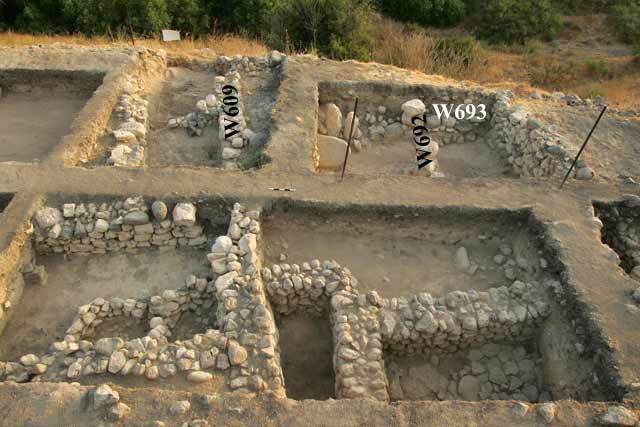 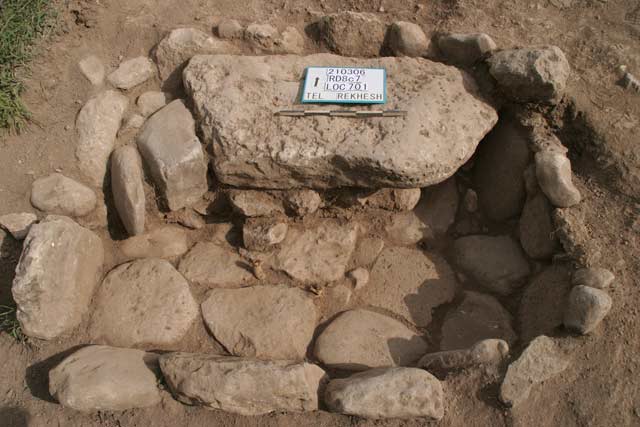 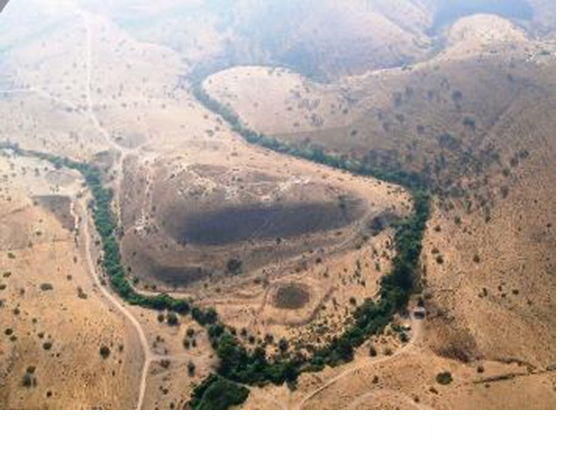